I have been talking about willpower a bit lately.  And it is possibly because I am finding it harder and harder to exert it as I run to the finish line of 2014.  It is almost like I have given up on 2014 and am now focusing on 2015.  And, clearly I am not alone. 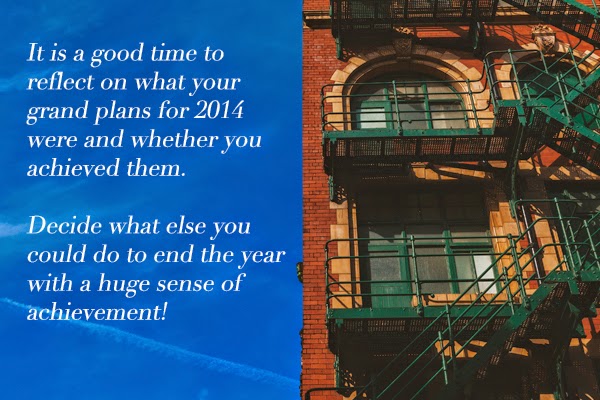 Yesterday I bailed up my daughter’s gymnastic coordinator after noticing that very little gymnastics was going on in the last half hour of the class (which is when I rocked up – I hope there was more happening before then).  The reason I actually bailed her up was that Isabella was upset in the car saying she was falling behind and needed more help to do the flips but the help she needed was not part of the sessions she was doing.  I had seen her watching the other kids flip flopping across the mat and could see a wistful expression on her face knowing that she so much wanted to be able to do the same.  So, I turned the car around and marched back into the gym.
The gymnastics coordinator was most concerned that Isabella was upset and agreed that she was definitely very motivated and determined to learn.  She explained that the whole term had been a bit ‘ratty’, with a number of the kids just not being interested and distracting the coaches.  She assured me that next year would be different and proceeded to tell me all about their plans.
Far from being assured, I asked what the coordinator she was doing in the final next 4 sessions of this year. I explained that if Isabella did not feel that she had achieved what she wanted by the end of this term (only a week away), then chances were pretty high she would not want to come back.  Eight weeks of holidays is a long time in a kid’s life.
This club had the perfect student – she has the discipline, determination, a clear vision of what she wants.  The only thing she lacked was a plan and support to achieve it.  The club was letting her down by giving up on themselves in the last term of the 2014.  With my little ‘pep’ talk, the coordinator actually seem to get an injection of enthusiasm and she promised to set in place additional support for Isabella in the next 4 sessions and crack down on the distractors.  I would hope that every other kid in the club benefits from this renewed focus and enthusiasm.
So even in the dying embers of 2014, there is still so much we can do.  It is a good time to reflect on what your grand plans for 2014 were and whether you achieved them.  Decide what else you could do to end the year with a huge sense of achievement!  And as an added bonus, this will set you up for the coming year.
As the evidence shows and Isabella’s approach to her gymnastics can attest, achievement is the result of:
1.     Having a clear goal in mind
2.     Planning the steps to achieve it, and monitoring these
3.     Having determination and will power to press on in the face of adversity and temptations.